How Wieland made a virtue of necessity

After 1945, household items ensured the continued existence of the company.

As little as a saucepan seems to fit Wieland’s image, it very much symbolises several important chapters in the company’s history. For example, the entry into aluminium processing in the 1930s. Or the production of window profiles under the name WICONA from the 1950s onwards. The pot is, so to speak, the link: without a copper supply and without industrial customers, there was nothing left after the end of the war but to produce everyday items from residual aluminium. The know-how gained in this way was later used for WICONA products. 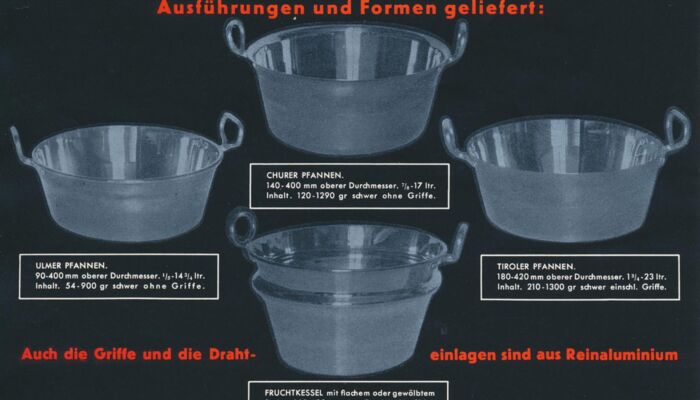 After the war, the production of aluminium pans and kettles ensures the company’s continued existence.from Wieland. 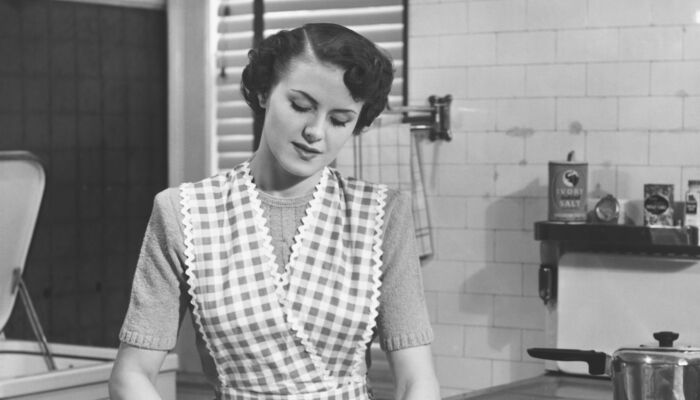 At Christmas 1946, 5,600 household goods are sent directly to the employees as ”wages in kind“.