Solid appreciation of many years of loyalty

Employees received valuable gifts on the occasion of their anniversary

In the early 20th century, the beautiful tradition of giving employees a valuable watch on the occasion of their 25th anniversary of working for Wieland was established – and thus honoring their loyalty to Wieland with a recognition of lasting value. The high-quality, finely crafted pocket watches of renowned manufacturers were provided with individual engravings for the anniversary – in many families they are still proudly held in honour today.

As the number of female employees increased, the anniversary gift for women was presented in the form of vouchers for Ulm jewelry stores. 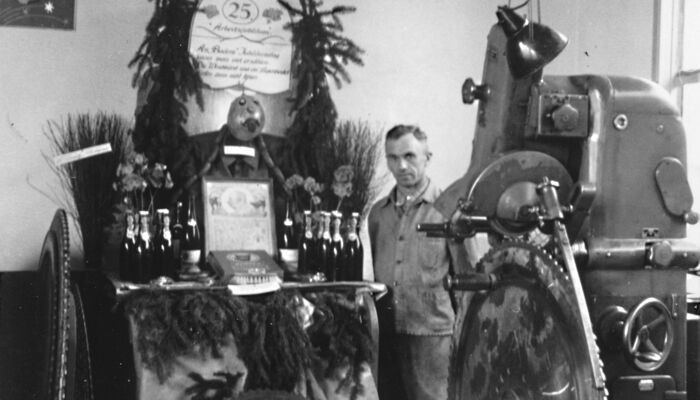 The anniversary of the company affiliation is celebrated with colleagues. Wieland hands over a valuable watch for loyalty to the company. 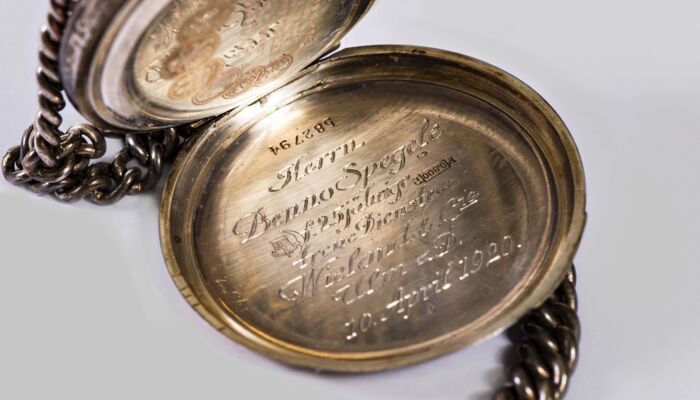 Hand engraved pocket watch for Benno Spegele for ”25 years of faithful service“ in 1920.