The oldest treasure from the Wieland Archive

Thomas Frauenlob created the bell book 12 years before the birth of his nephew and successor Philipp Jakob Wieland. He listed in it all the bells cast by him until 1869, including those for the municipality of Neenstetten from 1835. According to the book, one bell was cast completely new, a smaller one was made by melting down an older bell. Wieland himself travelled to the site twice “at the request of the council”, once “to order the carpenter to build the bell yoke”, and then again „to raise and hang the 2 new bells“. For these – then invoiced according to weight – and the additional work Wieland demanded 1437 Guilders and 30 Kreutzer, in today‘s money about 28,000 Euro. The larger of the Neenstetter bells can be seen in this exhibition. 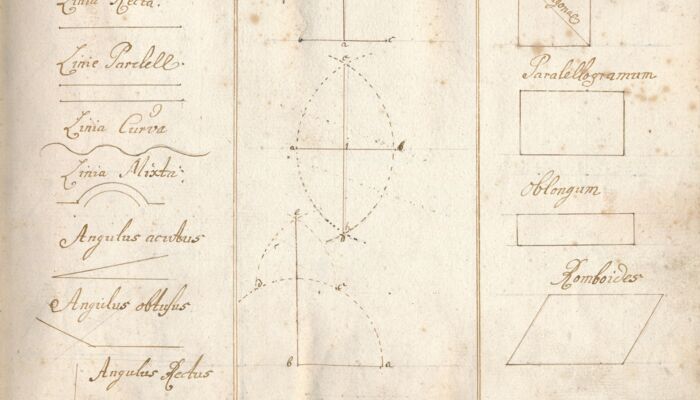 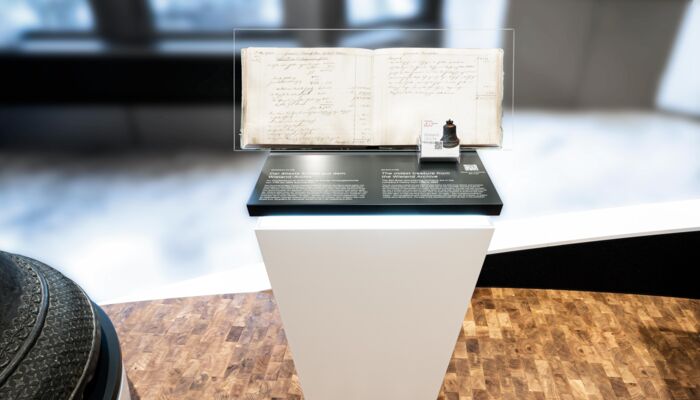 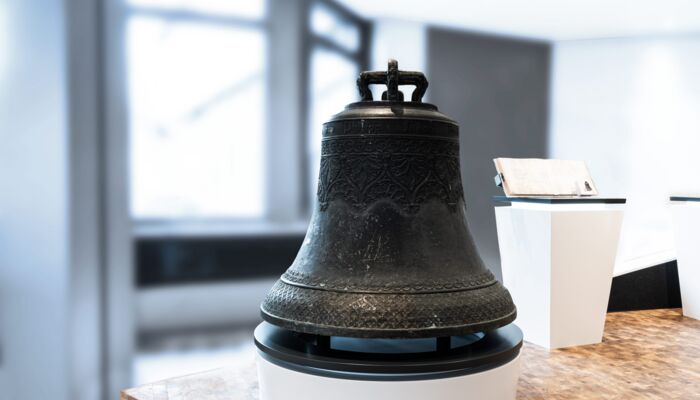